B.J. THOMAS 18-SONG CD TO BE RELEASED ON FEBRUARY 4 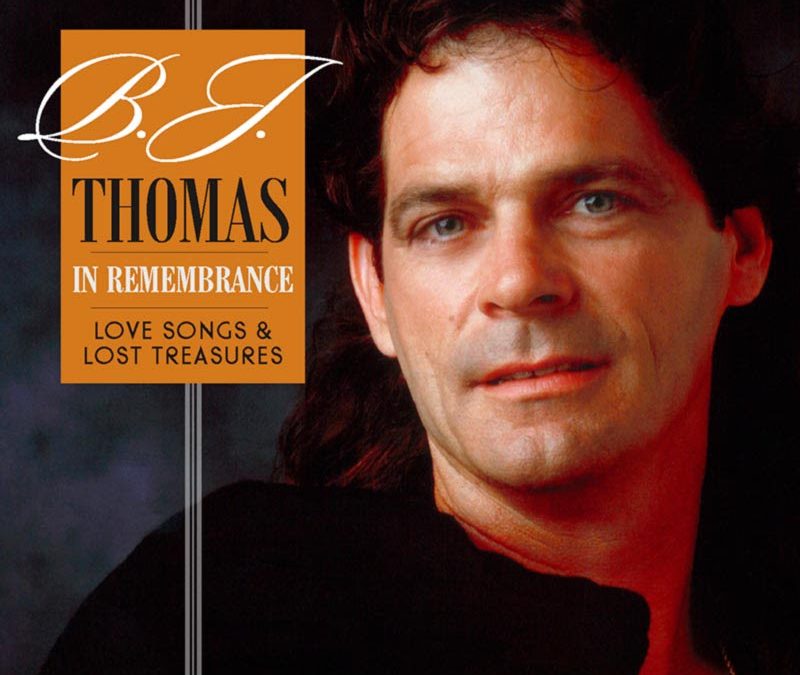 Nashville, Tenn. – B.J. Thomas, whose career spanned over six decades and sold over 70 million albums, will have new music available to music lovers on February 4, 2022, as Real Gone Music will release an 18-song CD, which will include 13 unreleased songs! This package includes eight unreleased songs from the Warner-Reprise Records vault, four songs from a limited edition direct response album in the 90s, rare photos, outtakes recorded with veteran songwriter/producer Steve Dorff, and more. Fans can pre-order this collection at www.bjthomas.com.

Born in Oklahoma, raised in Texas, B.J. Thomas began his career with the Houston-based band The Triumphs, when as lead singer he covered his father’s favorite Hank Williams classic “I’m So Lonesome I Could Cry,” which led to Scepter Records to buy out his contract and take the song to the Top 10 on the national charts. Hit after hit then followed for B.J. as he mixed genres effortlessly, joining legendary Memphis producer Chips Moman for a series of smashes (“Hooked on a Feeling,” “The Eyes of a New York Woman,” “I Just Can’t Help Believing”) and he hit paydirt with the #1 Bacharach- David hit “Raindrops Keep Fallin’ on My Head,” the Oscar-winning song from Butch Cassidy & The Sundance Kid.

B.J.’s cross-over to country was cemented with his 1975 pop/country/adult contemporary million-seller “(Hey, Won’t You Play) Another Somebody Done Somebody Wrong Song.” Simultaneously, B.J. became the first platinum-selling Contemporary Christian recording artist with a string of hugely popular albums in the late 1970s and early 1980s which also won him five Grammys and numerous other awards.

Along the way, B.J. made countless television appearances and performed thousands of concerts into 2020 until the Coronavirus pandemic brought an end to touring. His voice and energy remained almost supernaturally strong and B.J. eagerly looked forward to returning to the stage until cancer claimed his life on May 29, 2021, at the age of 78.