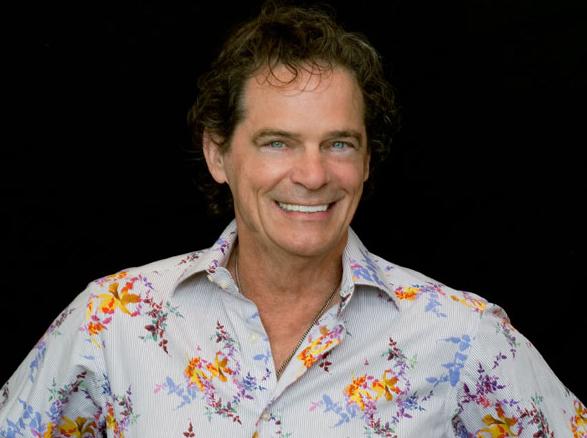 Don’t try to label or pigeonhole B.J. Thomas. He’ll have none of it.

“I don’t see myself as an ‘oldies’ singer,” said Thomas, who, along with Peter Noone of Herman’s Hermits, will be headlining the Sixties Spectacular show coming to Proctors on Saturday night.

“I hear all this clamor about Led Zeppelin getting together. If they do, will they call that ‘oldies?’ Was Frank Sinatra doing ‘oldies?’ If I was a one- or two-hit wonder from the Sixties, then I could understand maybe that negative slant, but I don’t believe that’s correct either. You sing, and people come and listen because they like it. That’s all there is too it.”

People have been coming to hear Thomas perform since he was singing in the church choir growing up in Texas just outside of Houston. Now 72, he was a highly popular rock ’n’ roll artist who also enjoyed great success singing country, gospel and Christian music. His long career has never experienced a substantial break, other than the self-inflicted kind when drugs and alcohol nearly did him in during the mid 1970s.

“I had grown up with Southern gospel music, so I’ve been singing that my whole life,” said Thomas, who lives in the Fort Worth area. “What I’ve done is remain connected to the music whatever genre I was supposed to be in. In the mid ’70s I nearly hit rock bottom, but with the help of my wife I had a spiritual awakening and I began to express that in my songs.

“It put a little religious tag on me, and it probably hurt my overall career. But I think I’ve outlived that now, and I never considered myself a Christian singer. I wasn’t trying to be a minister or an evangelist. I was just singing what I was feeling.”

In 1976, Thomas produced “Home Where I Belong,” which became the first “Christian” album to go platinum. Since then he has continued to tour around the country and cross back and forth on different Christian and country record labels with varying degrees of success.

While he hasn’t matched the huge mainstream stardom he enjoyed in the late 1960s and early ’70s, he has remained a popular concert performer around the country and is still a regular headliner in Las Vegas.

Originally billed as B.J. Thomas and the Triumphs, he first enjoyed some major success in 1966 with a remake of the Hank Williams tune “I’m So Lonesome I Could Cry.” It sold over a million records and climbed as high as No. 8 in the U.S.

In 1968, as a solo performer, he hit the charts again with “Mama” and “The Eyes of a New York Woman,” and then in January of 1969 “Hooked on a Feeling” made him a household name, climbing as high as No. 5 in the U.S. for three straight weeks.

It was “Hooked on a Feeling,” written by Mark James, that put Thomas in position to be contacted by Hal David and Burt Bacharach. That songwriting pair had just written a tune for a new western movie starring Paul Newman and Robert Redford.

“You’re always hoping, and when I read and sang ‘Hooked on a Feeling’ I loved it and I thought it might be a huge hit,” remembered Thomas.

“It wasn’t an instant smash. It kind of took off a bit slowly, but it caught fire and that’s what really put me in a good spot to have Hal David and Burt Bacharach contact me.”

The new song that David and Bacharach offered to Thomas was “Raindrops Keep Fallin’ on My Head.” He did a version for the movie “Butch Cassidy and the Sundance Kid,” and then released the record as a single. It won an Oscar for Best Original Song and was the No. 1 record in the country for four consecutive weeks.

“It was a Hal David and Burt Bacharach song, and they wrote it for a movie with Paul Newman and Robert Redford, so I knew it had a lot going for it,” said Thomas.

“When I recorded it for the movie I had just come off of three weeks on the road and was fighting a little laryngitis. My voice was a little rough but it seemed to work for the bicycle scene in the movie. Then six weeks later we cut it as a record, and I knew it was going to be huge. It didn’t start out selling huge numbers, but then the movie came out and it took off.”

The song, which was voted into the Grammy Hall of Fame in 2014, made Thomas a superstar. Over the next three years he produced such top 40 hits as “Everybody’s Out of Town,” “I Just Can’t Help Believing,” “Most of All,” “No Love at All,” and “Rock and Roll Lullaby.”

Then, in 1975, he recorded a Larry Butler-Chips Moman song called “(Hey, Won’t You Play,) Another Somebody Done Somebody Wrong Song,” and on April 22 it replaced Elton John’s “Philadelphia Freedom” as the No. 1 song in America. With the longest title ever for a No. 1 record, the song also won a Grammy for Best Country Song of 1975.

“I never picked one genre over the next,” said Thomas, referring to his 1975 success. “I was just singing what I thought were good songs. I was never a prolific songwriter myself, maybe that’s one of my shortcomings, but I came out of the Top 40 era and guys like Sinatra and Elvis, idols of mine, weren’t much as writers either. Fortunately I had a good relationship with some talented songwriters in Memphis and those people were bringing me songs on a constant basis.”

Around that same time Thomas started losing control of his life to drugs and alcohol. With the help of his wife, Gloria — they were married in 1968 and are still together — he got through it.

“There were a lot of good people who succumbed to the overuse of drugs and alcohol, and I came very close a couple of times,” said Thomas, who also raised three daughters.

“I didn’t die, I was lucky, but there’s always a lot of drama with addiction. My wife has always been a big influence on my life, and somehow, with her help, I got through it. She always saw me for who I was, and could see underneath everything. Using drugs was hip back then. It was part of our society. What mis-directed intelligence that was.”

Thomas said he only schedules about three or four “group concerts” a year with other pop stars from decades ago.

“I worked with Peter Noone and Felix Cavaliere [The Young Rascals] just a few weeks ago, and it’s always a lot of fun,” he said. “These guys still have their chops, and I think people enjoy listening to them and re-living fond old memories.”

He hopes to continue his Las Vegas dates and other occasional appearances as long as his voice and overall health allow.

“I kind of made an agreement with myself,” he said. “If I don’t feel like I’m bringing my best stuff, I’ll move on. But I don’t have any bad habits. I don’t drink or smoke, I eat healthy and get my rest. And I still have that burning desire, like I had when I was a kid, to get up there and sing. I still feel emotionally connected to the music.”

Performing with Thomas and Noone (minus the Hermits) will be Mitch Ryder and the Detroit Wheels, The Happenings, and Dennis Tufano, the original lead singer of The Buckinghams.