How 5-time Grammy winner B.J. Thomas came to have a unique relationship with a Peoria church 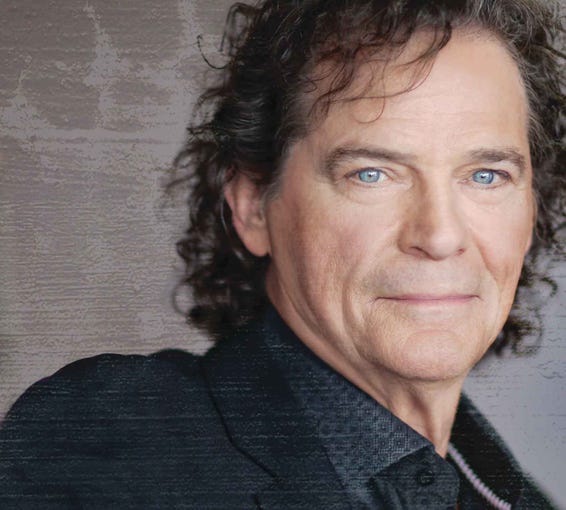 With his quietly soulful delivery, B.J. Thomas has one of the most distinctive voices ever to grace radio. Hit records like “Hooked on a Feeling,” “Raindrops Keep Fallin’ on My Head,” “I Just Can’t Help Believing” and “(Hey Won’t You Play) Another Somebody Done Somebody Wrong Song” are all vastly different, but you know who’s singing as soon as the vocal kicks in. There’s just no mistaking that voice.

The five-time Grammy winner has a unique career in which he’s seen great success not only with pop audiences, but with country fans and Christian-music listeners. He’ll talk about his long career during a special performance on Sunday, March 3, in which he’ll perform stripped-down versions of hits and discuss some of the stories behind them.

At 76, his voice sounds remarkably unchanged; so does his enthusiasm for music. He called to discuss that – and a lot more – during a recent chat from his home in Arlington, Texas.

Question: Do you still enjoy touring?

Answer: (Laughing) Well, the truthful answer is I really can’t do without performing and doing some live music. But if you asked me if I liked to travel, well, the travel is getting to be a little more problematic. I have it pretty easy. I live close to DFW Airport, so I can get in and out without much problem. But, honestly, they pay me to travel. The rest of it I would do for nothing.

Q: You say can’t do without performing: Do you mean need or in a financial sense?

A: Well, I need to do music. I don’t go out and tour for months at a time anymore. But in all kinds of professions, music especially, you need to have a burning desire. I have that. If I take off for a long period of time, I kind of lose my peace of mind. I get real antsy, and I need to get back out and perform. It’s not nearly as much of a financial thing as a burning thing.

Q: So when you have a lot of time off, do you sing around the house?

A: (Laughing) I do! I got a little room where I’ve got my golf equipment and my guitars. I go in there on a regular basis and mess with a guitar and sing a little bit. I don’t do it as much as I used to, because I’m always protecting my throat.

Q: You were a smoker. Do you still smoke?

A: I haven’t smoked since ’88. It’s been a long time since I quit, and I was lucky it was before I had any real damage physically. That’s one of the important things. A lot of the guys in our profession who do kinda lose it or don’t seem like they had what they once had: They smoked and are still smoking.

Q: What do you owe your voice to? You still sound like you did in your 30s.

Q: Your show in Peoria is unusual for you.

A: I’ve got a long history with this particular reverend (Tim Wright) and his family. His church is the only gospel-church situation I’ve worked at in 30 years. I’d been in the gospel business in the late ‘70s to the mid ‘80s, and I kind of left that situation. Then I would do whatever gospel thing I wanted to do in the context of what I would normally do. Tim and I have a great friendship and he’s got a great church. I’m not a very religious person, but he has a very open-minded congregation.

Q: I remember the problems you had with churches, when people would boo if you’d sing your secular material.

A:  (That’s why) this is the only church I’ll play. I’ve never had a problem there. I think it’s a really sad commentary when people who want to refer to themselves as quote-Christians-unquote would want to come out and hear someone just to boo them. That to me was always tough to deal with, and I just stopped making 100-percent gospel records and just went back to doing what I’d always done.

Q: Is it hard to have a career like yours? Because you do pop, country, soul, and Christian music, you’ve never been easy to classify.

A: It has presented its problems. People need to kind of buttonhole you or put a label on you. They feel better about you then. But I’m kind of a product of Top 40 radio. I was in a band, and we would just copy those songs on the chart. That was our playlist. And, of course, they played all genres, so I grew up always being able to do that. If a song really moves me, if I think it’s a good song, I can do it.

Q: But even though you do all those things, it always sounds like B.J. Thomas. Nobody else has your sound. Was that there from the beginning?

A: It was, but it developed over the years. I was in a band for eight years before I had my first hit record. That was an invaluable situation. It’s too bad a lot of new musicians haven’t been in bands for a period of years. We played for dances, out in the boondocks, and so my style, whatever it was, kind of developed. I was a huge fan of Bobby Bland, Ricky Nelson and Jackie Wilson, and all these people kind of melded together. I’ve been very lucky; I just kind of sound like myself.

Q: Will there be a new album soon?

A: I’m going in the studio with Dan Penn, the great songwriter, this summer. He’s on a tour right now with Spooner Oldham overseas, and when he gets back, we’re going to start putting it together. I’m looking forward to it.

Q: You’ve got a long marriage for show business. What do you attribute that to?

A: It’s 50 years. We love each other, and we’re in love. I don’t think anybody gave us much of a chance when we started. She had just turned 18 in 1968 when we got married, but we never gave up on each other. (Laughing) I should say she never gave up on me; I’ve had my problems, as it turns out. But the married life is a beautiful life. (Chuckling) I love women, but I’m only in love with one woman. Gloria has great character and has been a wonderful partner. I have many friends in this business who have been unable to stay married, and I’m very fortunate in that area.

Q: Off-topic: I saw in one of your photos that you have tattoos.

A: (Laughing) I have my grandkids’ names, Gloria’s name on my shoulder, my daughters’ names. I just picked them up on the road here and there.

Q: So how much pain was it?

A: It’s like you’re purposefully doing it, and you’ve got to have a belief in what you’re having applied to your skin for life, so it hurts kind of differently. It’s not like he’s sticking you with a needle; you want it to be on there. There’s a little pain, but I haven’t overdone mine, whatever that means. I’ve enjoyed it.

Q: Do you ever think of retirement?

A: No, not really. If I reach a point where I don’t feel like I’m performing as well, I guess that could happen. I am getting older; it’s inevitable my throat is aging as well. Maybe there will come a time at some point, but you know as long as I’m really having fun and I still do have a major motivation to do it, I just want to do it. My bass player has been with me 43 years, and I’ve got a great band. If it gets to where I’m not pleasing myself or living up to a certain standard, I’ll fade out, like all the other guys. I don’t think I’d have a major retirement or make a big to-do about it; I’d just fade away. But I think I’ve got a lot of time.

A: I’d say I’m the most appreciative of “Raindrops.” When I got it, I didn’t realize what a career changer that would be, a real change of life. It was an honor and a blessing. “Hooked on a Feeling,” which I recorded in Memphis with Reggie Young, was another. When I’m performing them, I’ve got a lot of memories tied up in them.

But if I had to say an absolute favorite, it would be “I’m So Lonesome I Could Cry.” I got lucky with that one. And the gospel world was very good to me, and I’m proud of those songs.

A: That’s special, too. I recorded that down in Georgia with the Atlanta Rhythm Section with Steve Tyrell and Buddy Buie. That’s all about me and Gloria, so it means a lot.

Q: You have so many timeless songs.

A: I was really lucky in those days. I would get together with the songwriters and talk about what was going on, and most of the time they would write songs with ideas we had talked about. I was lucky to have a group of writers in Atlanta, Memphis and New York to purposefully write material for me.

I am actually going to start kick-starting my songwriting. That’s the one area I have probably underachieved, and I’m going to go and start working on it.